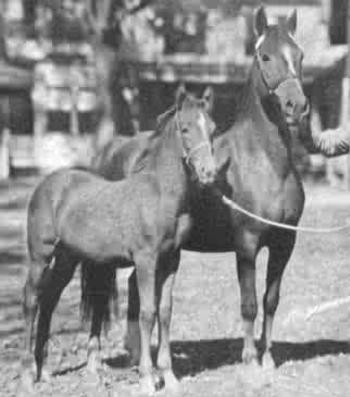 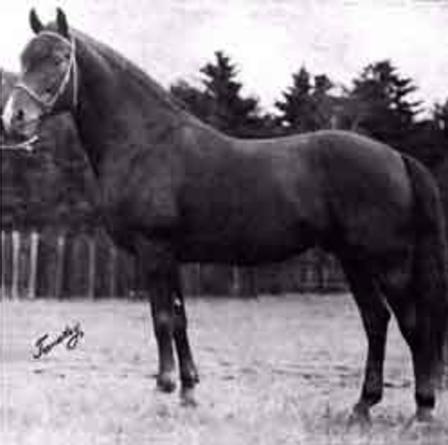 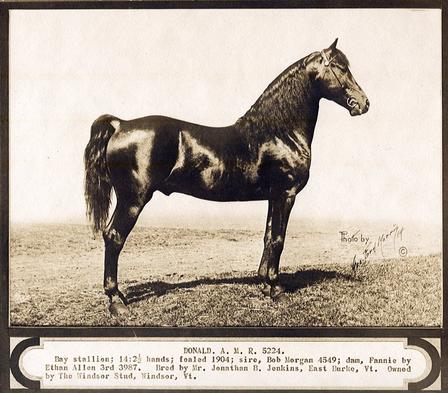 ​WHAT is a Lippitt Morgan 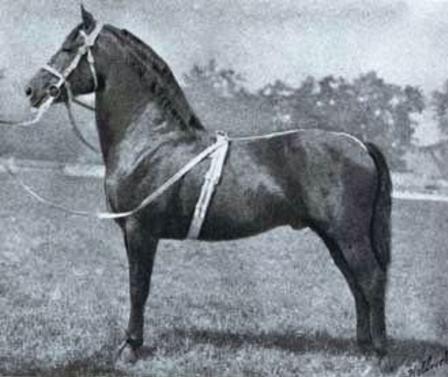 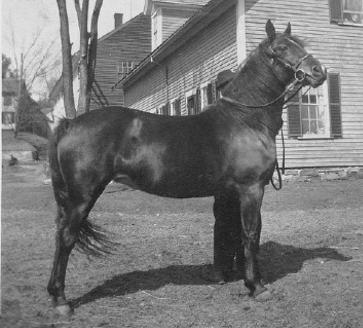 The Morgan horse breed is unique in that all its members trace in direct male line to a single foundation sire, Justin Morgan’s horse. The horse, known as Figure or Justin Morgan, sired horses that bore an amazing resemblance to him, both in stature and in performance. This resemblance led to the Morgan becoming the most popular American breed of the 19th century.

As the dominant social climate in the 20th century changed from rural to urban, the horse became a luxury. The demand for pleasure horses increased while the demand for working horses diminished. Many breeders, in order to meet market demands, tried to replace the Morgan’s “blue collar” image with a more “aristocratic” type of horse by introducing outside blood into the breed.

In the early 1970s a number of Vermonters who cherished the old and unimproved 1790 model Morgan Horse, gathered together in an attempt to preserve this wonderful icon of our past.  After many months of meetings, long discussions and painstaking pedigree research, a small group of horses were identified as being as close as  possible to the original Old Vermont Morgan Horse. The horses chosen had a minimum number of known out crosses to other breeds in the 19th century and no out crosses to any other breed in the 20th century. Each of them also had a close cross to Peters Ethan Allen 2d 406, who was chosen as the “cornerstone” stallion for this family of Morgan horses.

Today’s descendants of these horses are called Lippitts.

The name “Lippitt” was the registered prefix of Robert Lippitt Knight, of Providence, Rhode Island. Mr. Knight owned the Green Mountain Stock Farm in Randolph, Vermont, not far from the farm where Justin Morgan lived. Mr. Knight was a major breeder of “old type Morgans” from 1927 until 1962.  The old type Morgans in Vermont were generally referred to as “Lippitts.”  It is for this reason and to honor Mr. Knight’s contribution to the Morgan breed that the name Lippitt was chosen for this family of horses and for the Club that admires them.

1. They were AMHA or CMHR registered Morgans
2. They each had a close cross to Peters’ Ethan Allen 2d 406, chosen as the “cornerstone” stallion of the Lippitt Morgan
3. They have produced one or more lines of descent that is present in today’s “Lippitt” population.

Because Mr. Knight was a large breeder, he would sometimes breed to outside bloodlines. Conversely, there were others who bred Morgan horses that do fit the club’s definition of a Lippitt. So, it is the pedigree, rather than the breeder that determines whether or not a Morgan horse can be called a Lippitt.

When the Morgan Horse Club was formed on Sept. 23, 1909 on the Vermont State Fair grounds, its primary stated purpose was, “To perpetuate the Morgan breed of horses by preserving the original blood and type rather than by effort to bring about improvement or change in size, speed or other features.” Some of the Lippitt foundation horses that were at that fair included, Welcome, Donald and Bob B. These horses were referred to as “the old blood & ancient type,” the very horses that the Morgan Horse Club was formed to perpetuate.

It is through the effort and continued hard work of the many members of the Lippitt Club that this original purpose has been preserved.

Because of them, these ancient ones still walk among us.

Today’s Lippitt Morgan is the visible descendant of the Morgan Horses that fought our wars, cleared our land, plowed our fields, herded our cattle, carried us westward and drove us to our churches on Sunday during the 19th century.

“To touch a Lippitt is to touch history”